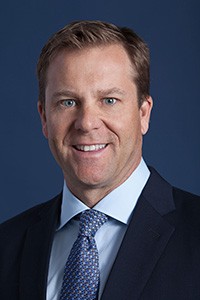 Mr. Turigliatto is a native of Southern California.  He received his undergraduate degree in political science from the University of California, Irvine in 1989.  He earned his Juris Doctor degree from Southern Methodist University School of Law in 1993.  He was an extern law clerk to the Honorable A. Andrew Hauk, United States District Court for the Central District of California, in 1992.  Mr. Turigliatto is admitted to the State Bar of California, United States District Court for the Northern and Central Districts of California, United States Court of Appeal for the Ninth Circuit, and United States Supreme Court. His practice focuses on the representation of the developers and general contractors in complex multi-party construction litigation, products liability and commercial/business litigation.  He also counsels owners and contractors in the drafting and negotiation of construction agreements.  Mr. Turigliatto has trial, arbitration and mediation experience.  He is a contributor to Chapman Glucksman Dean & Roeb’s National Construction Risk Management Handbook.  He has been a speaker and author on issues related to construction and real estate, including events sponsored by West Coast Casualty, the Association of Southern California Defense Counsel, Quality Built, and Lorman.