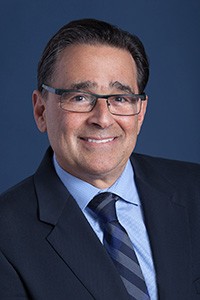 Mr. Glucksman is a partner of Chapman, Glucksman, Dean & Roeb which has offices throughout California.  An AV Preeminent Rated Lawyer with Martindale-Hubbell, he also has been named a California “Super Lawyer” for over fifteen years.  He is well known in the business and construction community, including his representation of builders, developers, general contractors and business clients in complex multi-party actions including business, construction, environmental, commercial, public works and catastrophic events litigation.

Mr. Glucksman has authored many articles which have been featured and has been quoted in publications, including The Los Angeles Daily Journal, California Real Estate Journal, Builder and Developer Magazine, ABA’s The Construction Lawyer, The Southern California Builder, California Real Estate Journal, Arbitration Update: An Overview of Recent California Appellate Decisions, published by the California Lawyer, AmWins, The Edge including Green Building, OSHA, Arbitration Law As We Move, The Shared Economy (“Share, But Be Aware! Growing Up With The Sharing Economy”), The New EPA Underground Storage Tank Regulations: A Compliance Primer. Benefits and Challenges of Using Controlled Insurance Programs in Construction Projects. (The Edge- AmWINS Group, January, 2020). Most recently, Mr. Glucksman co-authored Construction Claims’ Winter 2020 cover article, Rebuilding the West, Construction Considerations After The Smoke Clears.

In March 2020, Mr. Glucksman was a featured speaker at the 6th Annual California Construction Law Seminar and spoke on Modular Construction.

In 2018, he was honored to be chosen by the West Coast Casualty Services community to receive West Coast’s Silver Star Award as best developer’s attorney. Richard was also chosen to be recognized in the 25th Edition of The Best Lawyers in America.

In 2017, Mr. Glucksman was a featured speaker at the Association of General Construction (AGC) of California’s Annual Conference where he presented on Leadership and Development: Green and LEED Building. He also was a featured speaker at ExecuSummit’s Construction Conference in Connecticut where he presented on a panel – Design Professionals: Liability Issues and Designing the Best Strategy for Resolution. 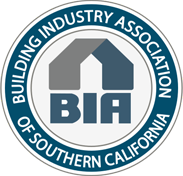