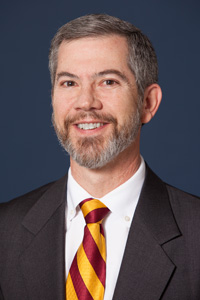 Mr. DiMaria was born in Orange, New Jersey. He attended the University of Southern California, where he graduated with a bachelor’s degree in economics from the College of Letters, Arts and Sciences in 1976, and was awarded his juris doctorate by the Gould School of Law in 1979. Mr. DiMaria was admitted to the State Bar of California in 1979, and also is admitted to practice before the United States Court of Appeals for the Ninth Circuit, and the United States District Courts for the Central, Southern, and Eastern Districts of California.

Mr. DiMaria is an active member of the Litigation Section of the State Bar of California, the American Bar Association (Litigation Section), the Los Angeles County Bar Association and the Association of Southern California Defense Counsel.  Mr. DiMaria has co-authored articles on “The Court-Appointed Expert Witness” for The Witness Chair (Summer 2004), and on “The Battleground in Accounting Malpractice Cases” for California Litigation (Vol. 19, No. 3, 2006). He has volunteered to serve as a Temporary Judge for the Los Angeles County Superior Court from time to time each year from 2005 to 2013, and is AV-rated by Martindale-Hubbell.

Mr. DiMaria joined the firm in 2003, having practiced with a number of other leading firms in Southern California, and specializes in civil business litigation.