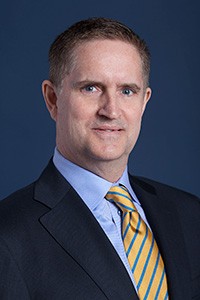 As a civil litigation attorney practicing in the areas of construction law, products and professional liability, Mr. Brazier brings a valuable and unique skill set to his practice.

Over the first (18) years of Mr. Brazier’s career, he held nearly every key operations and management position within the corporate construction company structure. In 1980, initially hired as an apprentice concrete finisher, Mr. Brazier ultimately assumed the responsibilities for the estimating and management of private and public works projects in both Northern and Southern California. Such projects included schools, fire stations, various university facilities, military installations, parking structures and large office buildings for private clients/developers. Joining the American Society of Professional Estimators (ASPE) in 1987, Mr. Brazier became skilled in evaluating the entirety of a project into manageable component parts for assessing costs and the less obvious hidden risks.

By 1990 and as part of a large general contracting firm, Mr. Brazier’s experience expanded to include the pre-construction process, Mr. Brazier often solicited and managed the design and engineering team toward the development of the “Construction Documents”. As a direct result, Mr. Brazier’s has experience with highly sophisticated process-engineering piping design, hydro-geological engineering and both residential and commercial design.

During the “Construction Phase”, Mr. Brazier managed key in-house trade work essential to the critical path of complex commercial projects, such as structural concrete and/or rough framing. As a Project Manager, Mr. Brazier responsibilities required him to develop and negotiate both manuscript and AIA Standard Form prime contracts and subcontractor agreements, while overseeing the RFI process, submittals, design sketches and change orders. The resolution of change orders required Mr. Brazier to develop a deep understanding of the contract documents in order to assess the legitimacy of the request and where between the design team, construction team or owner responsibility may be allocated.

In 1995, Mr. Brazier became a licensed contractor and co-founder of a specialty firm that designs, engineers and constructs large structural, earth-retained, walls. A company that continues to successfully operate throughout California.

Mr. Brazier successfully defended a large and prominent Southern California builder in a complex matter through to resolution after a (72) day arbitration; Represented (18) individual subcontractor clients that, after (8) weeks of arbitration, the court denied all indemnity claims for such damages against each of his clients.

His publications include: California Lawyer Magazine, The Brisbane – Abrogation of Construction Statutes of Limitations and Derivative Indemnity Claims, Spring 2015.