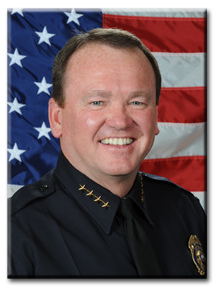 Jim McDonnell Los Angeles County Sheriff and former Chief of Police for the Long Beach Police Department.  Sheriff McDonnell served with the Los Angeles Police Department for 29 years and held every rank in the department up to Chief of Staff, second-in-command of the LAPD. He has received numerous community and department awards, including the LAPD’s highest award for bravery, the Medal of Valor.