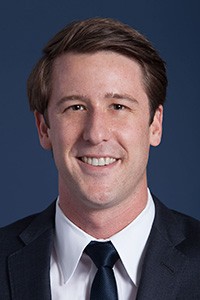 Mr. Napper was born in Bellflower, California. He graduated from Yale University in 2007 with a Bachelor’s Degree in Economics. While at Yale, he captained the Varsity Cross-Country team and was Academic All-Ivy in 2006. In 2010, he earned a Juris Doctorate Degree and a Certificate in Dispute Resolution from Pepperdine University School of Law. In 2010, Mr. Napper was admitted to the State Bar of California and the United States District Court for the Central District in California. He is a board member of the Association of Southern California Defense Counsel and a member of the American Bar Association. In his role as a board member of ASCDC, he co-chairs the Annual Joint Civility Conference alongside CAALA and LA-ABOTA.  Mr. Napper specializes in general civil litigation, employment law, wrongful death, products liability, professional liability, construction defect litigation, and business litigation.  He has been a profiled speaker and a panelist at the West Coast Casualty Construction Defect Seminar and ASCDC Annual Construction Defect Seminar.  In Los Angeles Mr. Napper was recognized as a Super Lawyer Rising Star in 2017, 2018 and 2019.