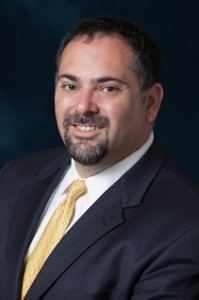 Brian D. Kahn is a Partner with Chapman Glucksman Dean & Roeb. His law practice focuses on complex civil litigation, business and the representation of general contractors and developers throughout the state of California. He has trial, arbitration and mediation experience.

Mr. Kahn earned his B.A. degree from the University of Southern California and his J.D. from Pepperdine University School of Law. While in school he became active in politics, working in various capacities for the U.S. Senate, Governor’s office and the White House.

Mr. Kahn is a frequent speaker at business, construction and insurance seminars. He also recently co-authored the Thomson Reuters’ treatise Torts (California Civil Practice Series), 2013-2017 editions, is a regularly contributing staff writer for an audio-video/home theater magazine and has made multiple appearances on local and nationally syndicated television news programs.

When not practicing law or writing, Mr. Kahn enjoys spending time with his family, performs community work through Kiwanis International; sits as a Judge Pro-Tem in Ventura County; and serves as President of Board of Directors of the Leonis Adobe Association, a non-profit educational group.