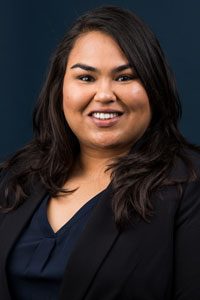 Ms. Gupta earned her Juris Doctorate Degree from the University of Southern California’s Gould School of Law in 2010.  While at USC, Ms. Gupta worked at the Gould Immigration Clinic, where she represented persons fleeing persecution in affirmative asylum applications before the U.S. Citizenship and Immigration Services and defensive asylum applications before immigration judges at the Executive Office of Immigration Review.  While a second year law student, and during her tenure with the Gould Immigration Clinic, Ms. Gupta sought and was trusted with the unique opportunity to draft and submit an Opening Brief to the Ninth Circuit Court of Appeals.  The experience taught Ms. Gupta the intrinsic value of seeking out professional challenges.  Ms. Gupta was also a member of USC Law’s Review of Law and Social Justice.

Ms. Gupta is admitted to practice in the State of California, the United States District Court for the Central District of California, and the Ninth Circuit Court of Appeals.  She is a member of the Association of Southern California Defense Counsel.  She is well versed in all aspects of general civil litigation, personal injury and premises liability, catastrophic torts, wrongful death, products liability, civil rights, and business litigation.  Ms. Gupta’s experience includes the negotiation of settlements in challenging disputes in both the pre-litigation and litigation contexts.